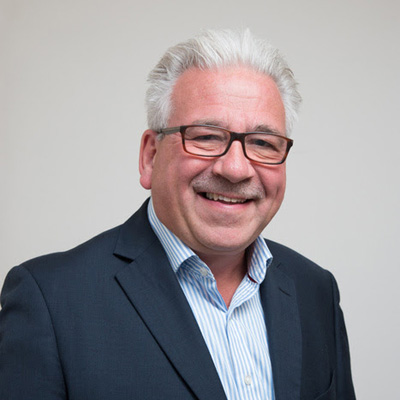 Since 1992 Jeff has been a central figure in seeking out, winning and delivering business in markets as diverse as banking, travel, petrochemicals, advertising, design, security, IT, cloud computing services and telecoms.

In addition to a well-deserved reputation as a high-quality consultant and senior management advisor. In addition to traditional consulting inputs, Jeff is also the architect of a new concept: Sales Effectiveness Groups aimed at Business Owners and MDs who have nightmares about sales and need peer group support and executive support.

Jeff’s career began with a division of the Delta Group of companies where, over a 5 year period, he worked as a Buyer, an Estimator, a Project Manager, and a Customer Support Supervisor. A business development role in the company’s marketing function followed a successful period in New Product Development where he was at the centre of the launch of a major new product which quickly moved into a seven-figure sales position.

A shorter period as Sales Office Manager with Rawlplug followed where he was responsible for the management of the full support service for the field sales operation which included the procurement of materials and services and the project management of supplies to large construction companies.

During his time in the management seat Jeff was the architect of a re-engineered sales office and project management processes.

For the next 7 years Jeff progressed his career with Hilti (GB) Ltd commencing with a sales position in the South East where, over a 12 month period, he developed new business from scratch to a figure of £0.5m via ‘cold’ selling and organising and delivering seminars for architects and consulting engineers.

After this he was promoted to Regional Sales Manager responsible for recruiting and leading a team selling directly to commercial property owners, managing agents, construction companies and a range of specifiers.

General management followed this where, as a Business Manager he was responsible for P&L, marketing, sales, operations and finance.

Four years as a Sales Management Consultant with one of the world’s leading people development groups followed. As a pioneer of the company’s ‘Service Strategy’ offering, Jeff achieved over-target performance selling and personally delivering a range of, often bespoke, sales, management and customer service programmes which included notable ground-breaking success for the company in the London banking market.

Prior to co-founding Quantum in 1992, for 18 months Jeff was a Divisional Director for a London-based IT Services group. In particular he was personally responsible for re-focusing the company’s important recruitment division, this included being the instigator of a fresh approach to managing key clients. He was also a key contributor in the conversion of several high profile new business successes.