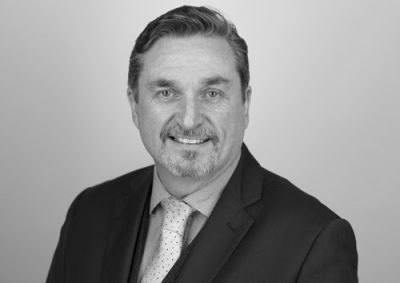 It was the Autumn of 1981 and I had just been appointed as the manager of a soon to be opened American Express office in Union Street, Aberdeen, at the tender age of 25. I was busy trying to break into what was already a mature market and well-served by the travel companies that were established there. In many ways Aberdeen was unique and my memories of my three years there are very fond. But it was also one of those times of steep learning curves.

I specifically remember being asked two questions by a prospective client to which the answer was “no”, but I knew that in order to survive I needed one of those answers to be “yes.”

The first question, part statement, was, “what service do you provide out of office hours boy, as we are in the oil business and we work 24/7, 365 days a year?” The real answer was that we didn’t have an out of hours service but after some quick thinking and further questioning, I learned that an Air Call Pager was sufficient to receive a message to call a client and then understand what was needed. That soon developed into a full scale 24-hour operation based at the Amex offices in the Haymarket, London.

The second question was, “do you book taxis?” to which my immediate response was, no! Whilst over the next three years Amex Aberdeen grew to be the second largest revenue producer in the UK, I will never know just how much more business I could have obtained had the answer been yes – not just in Aberdeen but for every office across the UK.

Roll forward to April 2019 and I am fortunate to be offered a role with Autocab, a technology company that 30 years ago started producing and installing dispatch boxes for taxi and private hire vehicle operators. Now they are a world leading SaaS provider of technology solutions to the taxi industry in 34 countries around the world – connecting drivers to passengers and enhancing company performance. A new platform had been created called iGo, which enables taxi company fleets to be part of a marketplace that can deliver bookings from all over the world, not just their local communities. The idea was, amongst other things, to provide the Travel Management Community with the ability to add on-demand mobility to its portfolio of managed services. My thoughts flooded back to 1981.

My first task was to assess the need and opportunity by talking to TMCs, corporate buyers and general industry networking to understand their current position. I soon established that it was important to distinguish between pre-book and on-demand, as many people had pre-book options whereas for on-demand it seemed the only offering available was Uber – but only in major cities and not really integrated within travel programmes. Corporate buyers wanted a single source but there wasn’t one and satisfaction levels seemed low.

A light bulb moment occurred when I went to a Greater Manchester Chamber of Commerce event and decided I would ask two simple questions of those I met. First question was “how much international air travel does your company do?” and the second was “do you use taxis for business?” Three of the fifty people I asked said they had enough business that would appeal to a TMC but only two of the three used one. However, all fifty people I asked said they used taxis for business!

At that point it occurred to me that if I had a Paul Wait Taxi App, powered by iGo, it could double as my business card and I could leave that meeting knowing I had created fifty new customers that I could build relationships with and, over time, sell more product and services. Not to mention fifty new and immediate revenue streams. Suddenly I had a value proposition that would mean I could attend as many business exhibitions and networking events as possible, knowing full well my chances of success would be high, as there are far more people in business that use taxis than they do airplanes! And as the saying goes “from little acorns big trees grow.”

I then thought about the Frequent Business Traveller research I did back in 2016 when CEO of the GTMC (now BTA). One of the facts that stuck in my mind was that 21% of FBT’s did not use a TMC.

Research conducted by Audiencenet of frequent users of taxis for business in February 2020 for iGo showed that only 26% of travellers used a TMC. Furthermore 73% want to book themselves, 63% are making bookings by phone, 66% are still paying by cash and 82% found the idea of using an app appealing.

So, in summary it would appear from research and anecdotal evidence that the number of frequent travellers using TMC’s is diminishing. It’s obviously a contentious point and may be due to many factors but I’m not going to address it in this article. However, it is a well-known fact that the UK Government wants to increase the number of SME’s exporting goods and services from its current level of 20% to 30%.

It is fair to assume, therefore, that business travel growth will continue to come from the SME sector and, as ground transportation is likely to form a higher percentage of transactions than air, then provision of booking and expense control of a taxi product, is a perfect way of being able to engage with this sector by making it a key part of your customer acquisition strategy.

Had this been 1981 and iGo was available I would have:

Taking taxis and building relationships this way is a “gift horse” for salespeople.

Did someone shout Taxi for Wait!

For more information on the iGo network, E-booker Corporate Accounts Portal and Passenger App go to http://igomobility.tech/en/ or send me an email: [email protected]